Tea-like aroma and a piney flavour

Since its Mediterranean origins, the woody-citrus-like fragrance of Rosemary has graced gardens, kitchens and apothecaries throughout the world. A lovely herb with tags like “Dew of the Sea”, Rosemary is related to mint and resembles lavender, with leaves like flat pine needles touched with silver.

Rosemary is one of those herbs with a thousand uses. One of them is as a symbol for remembrance during war commemorations and funerals in Europe and Australia. Mourners would throw it into graves as a symbol of remembrance for the dead. In Australia, sprigs of Rosemary are worn on ANZAC Day; the herb grows wild on the Gallipoli Peninsula.

Rosemary is great for…

Use whole or remove leaves from the stalk and chop finely.

Take care of your Rosemary

Your potted Rosemary requires lots of light but not too much heat and humid air. Spritz the plant with water a few times a week.
Keep your pack of Rosemary in the vegetable compartment of your fridge and use within two weeks.

In amounts typically used to flavour foods, such as one teaspoon (1 gram), Rosemary provides no nutritional value but the Rosemary extract has been shown to be a rich Omega 3 oil.

Rosemary has been used as medicine since the ancient Greeks. Its effects range from improving memory to growing hair. 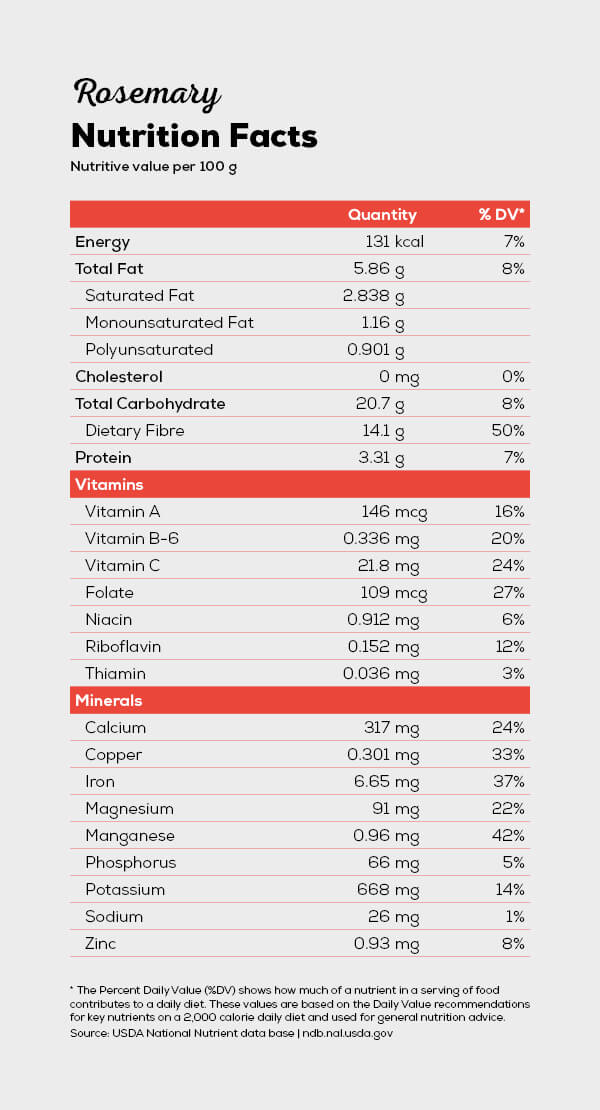