A distinctive zesty and aromatic flavour

Coriander is one of the world’s most commonly used herbs with a distinctive flavour blend of lemon and sage. But did you also know that an unlucky 4-14% of the population perceive the taste of Coriander to be like bath soap? Basically you either love or hate it and we are lucky as we love it!

Coriander belongs to the carrot family and just looking at its leaves, is often mistaken for Italian parsley. But beware, it cannot be used as a substitute for parsley as its aroma is completely different!

Coriander is used in many cuisines around the world and its name is as varied as the dishes it flavours, you may have come across Dhaniya in India, Chinese Parsley, or Cilantro in the US.

Coriander is great for…

Coriander is extensively used in Mexican cooking, particularly in salsa and guacamole and as a garnish. Fresh coriander leaves are also a key ingredient in many South Asian foods; in Chinese, Thai, and Burmese dishes; and in salads in Russia. In Portugal, Coriander is used in the bread soup Açorda, and in India, chopped Coriander is a garnish on most Indian dishes.

For maximum flavour, fresh Coriander is best added to dishes just before serving. We always recommend using raw as the leaves lose their aroma when dried or frozen.

Take care of your Coriander

Coriander is the most difficult potted herb to look after!
As Coriander is a natural rosette forming plant, it tends to collapse when taken out of its sleeve. Keep in a cooler place of your kitchen bench away from direct sunlight.
We recommend you water little but often, when the surface of the compost is dry to the touch.
Keep your pre-cut pack of Coriander in the fridge, it doesn’t mind being cool!.

Coriander leaves are particularly rich in vitamin A,  C and K with moderate content of dietary minerals.

Coriander is an antioxidant superfood. It has a lot of dietary fibre, which is excellent for lowering bad cholesterol and increasing good cholesterol. 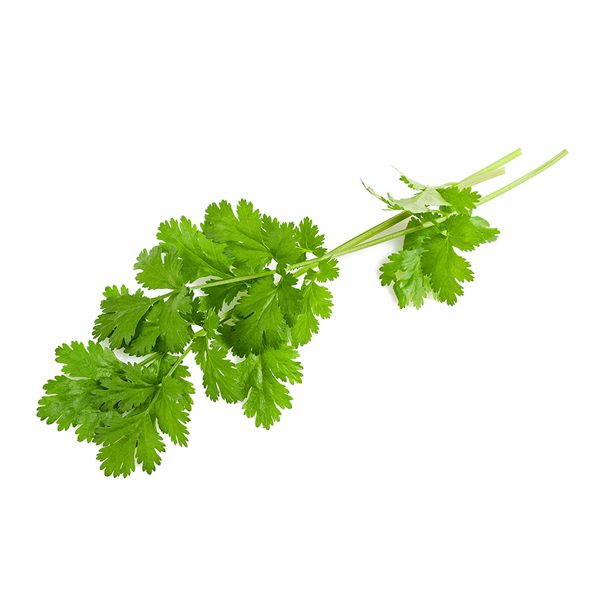