Chives is one of the four traditional French fines herbes, along with tarragon, chervil and parsley, which are essential to French cooking.
As an edible species of the genus Allium, its close relatives include the garlic, shallot, leek, scallion, and Chinese onion.

Chives is great for…

Use Chives liberally to jazz up savoury dishes. Just a snip with your scissors and sprinkle on your food.

Take care of your Chives

Trim away at your potted Chives, keep away from direct sunlight and water little but often.
Keep your pre-cut pack of Chives in the fridge. Chives do not store well once cut but can be frozen for up to 6 months.

Chives are rich in vitamins A and C, contain trace amounts of sulfur, and are rich in calcium and iron.

The medicinal properties of Chives are similar to those of garlic, but weaker; the faint effects in comparison with garlic are probably the main reason for their limited use as a medicinal herb. They also have mild stimulant, diuretic, and antiseptic properties. 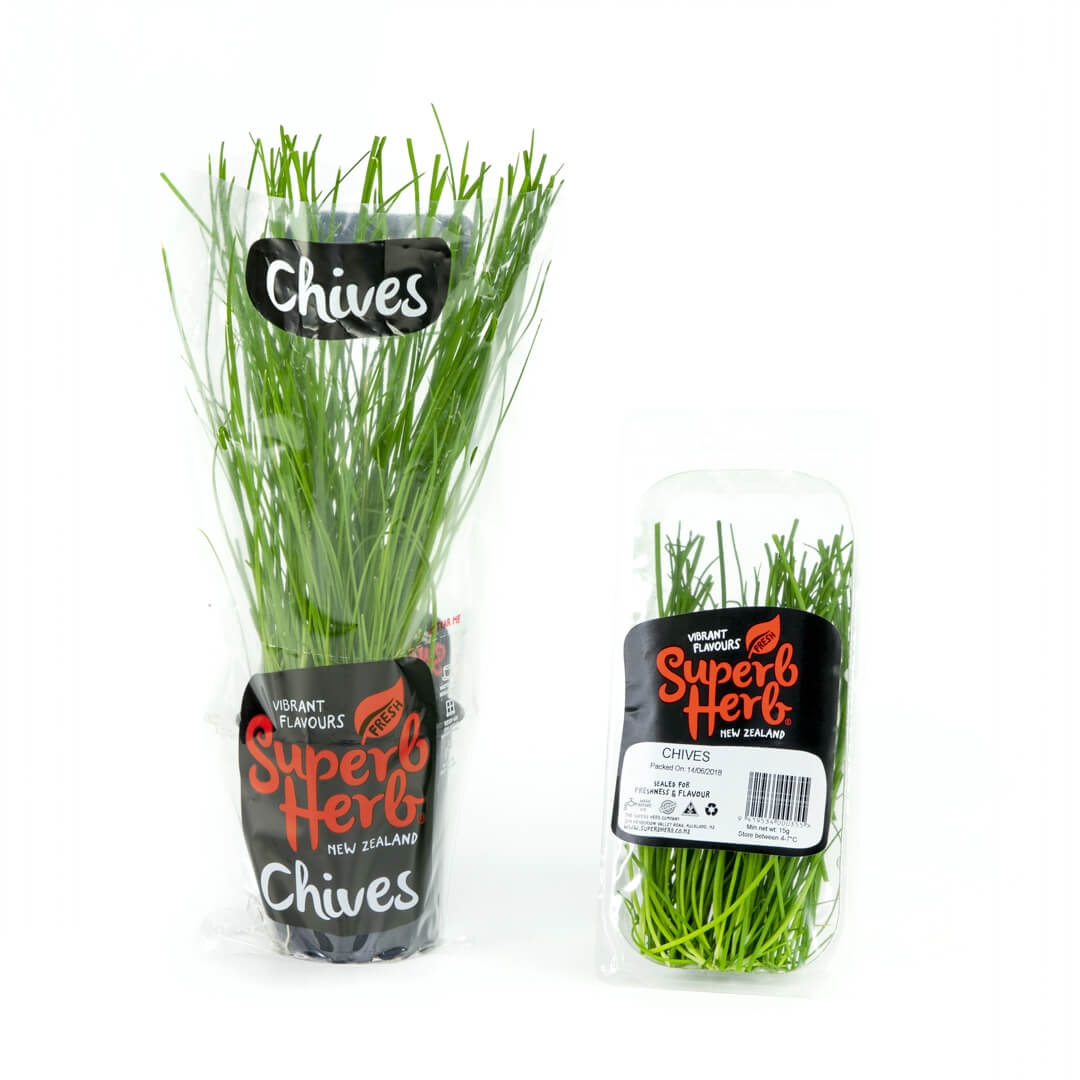 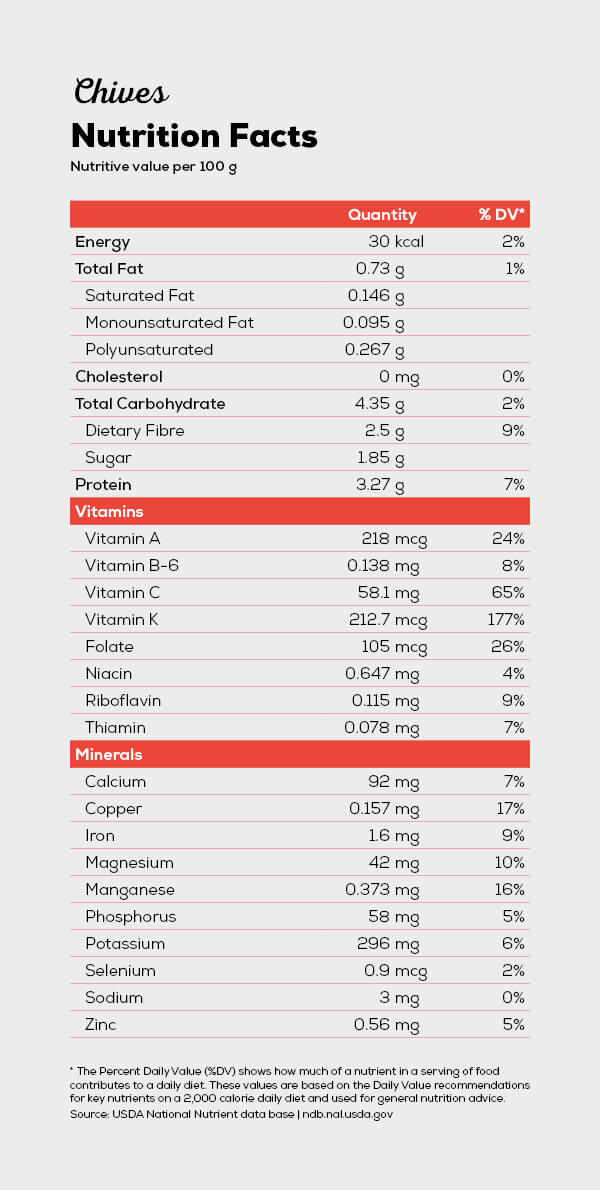